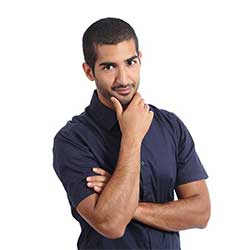 Cosmetic surgery is an enormous industry in the U.S., with more and more people opting each year to receive all types of procedures, from breast augmentations to liposuction, and the like. It should also be noted that women are not the only ones who’re choosing to pursue cosmetic surgery; an increasing number of men are also selecting plastic surgery as a means of augmenting their appearance and physique.While women still comprise a significant majority of plastic surgery patients, the number of males receiving these procedures has gone up dramatically in the last decade and a half. In fact, this number has increased by a whopping 25 percent in the last fifteen years.

The types of procedures that men are pursuing are widely varied, with the vast majority of male patients opting for minimally invasive procedures, such as Botox. However, there are also quite a number of men who are going after more invasive, drastic procedures, such as pec implants, male breast reductions and jaw/chin implants. In fact, both male breast reductions and pec implants in men have dramatically increased within the last year alone.

WHY HAVE PLASTIC SURGERY FOR MEN? 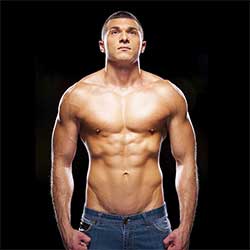 There are many reasons why a man might pursue plastic surgery, but perhaps the most common driving force is to stay competitive throughout their career. Men see plastic surgery as a tool that can help them to succeed in the job market, especially since studies show that attractive and fit males are more likely to have a well-paying, highly coveted position.

Of course, the procedures men choose to have will largely depend upon the results they want to see. Someone whose job is greatly influenced by their appearance, such as a male model or a bodybuilder, may wish to pursue procedures such as liposuction or pectoral implants, which can make them look more imposing and physically fit. With these types of individuals, looking muscular and defined is the first order of business.

In contrast, someone who is high up on the corporate ladder will likely be more concerned with the appearance of their face. Eye-lifts, neck-lifts, Botox, and re-contouring procedures that emphasize the jawline are some of the most popular procedures in this particular group.

Benefits for Men to Have Plastic Surgery

For men who’re interested in improving their appearance or the contour of their body, plastic surgery can be highly beneficial. Each procedure is designed to target trouble areas and to help sculpt and mold the face and body as desired. At your consultation, your surgeon will speak with you about your needs and goals in order to determine what procedures will provide you with the maximum benefit.

There are many different plastic surgery procedures available to men. Depending upon the results they want to see, one or more of these treatments may be recommended in order for the patient to experience the results they seek:

Gynecomastia: Gynecomastia is a condition in which the male breasts are enlarged, and is a common condition experienced by between 40 to 60 percent of men. Breast reduction surgery is typically used to treat this issue and involves removing excess fat and tissue from the breast in order to create a firmer, flatter chest.

Jaw Augmentation: This procedure is a very popular one among men and consists of reshaping the jaw through the use of a jaw implant. Doing so can greatly improve the aesthetic of the face and reduce many of the telltale signs of aging.

Hi-Def Pectoral Enhancement: Pectoral implants and enhancement procedures are intended to give the man’s chest a more contoured and sculpted appearance. While this technique was once only popular among bodybuilders and men of similar professions, pec implants are now one of the most sought after male plastic surgeries.

Hi-Def Liposuction: This form of liposculpture is an effective way for men to rid themselves of pesky fatty deposits that stubbornly resist diet and exercise. Hi-def liposuction is most commonly used on the upper and lower abdomen in male patients, although it can also be used in other areas of the body.

Gluteal Enhancement with Fat or Implant: Through the use of either the patient’s own fat or silicone implants, gluteal enhancement surgery allows the male to attain fuller, more pronounced buttocks. This procedure is ideal for those men who are unable to attain the look they want through exercise.

Bicep, Arm and Shoulder Enhancement: Intended to increase the muscle definition in the upper body, arm, bicep, and shoulder enhancement procedures are all popular surgeries, especially among men who have had difficulty increasing their muscle mass through exercise alone. The procedure has many benefits, including giving the body a more defined, toned appearance.

Eyelid Lift: An eyelid lift, otherwise known as a blepharoplasty, can be performed on the upper and/or lower lid of the eye and is used as a means of giving the patient a more youthful appearance. With time, it’s common for the eyelids to become swollen or droopy, and an eyelid lift is one of the most effective ways to combat this problem.

Facelifts for Men: The facelift is a very common procedure that is highly effective at tightening the skin of the face in order to reverse aging and reduce the appearance of loose or sagging skin. During the facelift, the surgeon can also remove excess fat deposits from the face to eliminate jowls.

Male Rhinoplasty: A rhinoplasty, more commonly known as a “nose job”, is intended to adjust the look and shape of the nose. This procedure is not only used to improve upon the appearance of the nose, but rhinoplasty can also be used to treat several conditions and issues, including deviated septums and other problems that can lead to breathing difficulties.

Necklift for Men: Since the neck is one of the first places where aging is made apparent, it is only natural that the neck lift is such a commonly considered procedure. Men pursue necklifts as a way to reduce the appearance of “double chins” and to eliminate loose skin that has developed as a result of time and gravity. Foundhair.com

Gotham Plastic Surgery in New York City is a unique, professional collaboration between board certified plastic surgeons Philip Miller and Douglas Steinbrech. Each specializing in their own area of the face and body. One practice. Two Experts. Learn more about the doctors here.

To schedule your initial consultation, fill out our contact form in this page.

Gotham Plastic Surgery only displays before and after photos with our patients consent.
We believe in discretion, security, and confidentiality assurance.

BROWSE OUR BEAUTIFUL BEFORE & AFTER PATIENT PHOTOSMore Photos

In today’s world, the appearance of youth and beauty is highly valued in both men and women. Men of all ages, needs, and demographics are pursuing plastic surgery as a means of improving upon their look and boosting their confidence. While each patient will have his own goals, men are most commonly after a thinner waist, increased muscle definition, a younger looking face, and a more attractive, balanced nose.

Your plastic surgeon will discuss your goals with you in detail before making any recommendations. Make sure to bring up any issues you perceive with your appearance so that your provider can make any suggestions or provide you with the guidance you need to make the best choices for you and your body.

If you’re interested in learning more about the many benefits of plastic surgery or in scheduling a consultation with a highly experienced, knowledgeable surgeon, please fill out the contact form on this page. Both Dr. Miller and Dr. Steinbrech are eager to help you to reach your cosmetic goals.

GET IN TOUCH WITH GOTHAM PLASTIC SURGERY